Ohio State Basketball: Must win game for Buckeyes by Charlie Lockhart
Ohio State Football: Buckeye offense poised to be No. 1 in 2020 by Thomas Scurlock
Next1 of 2Prev post
Use your ← → (arrows) to browse 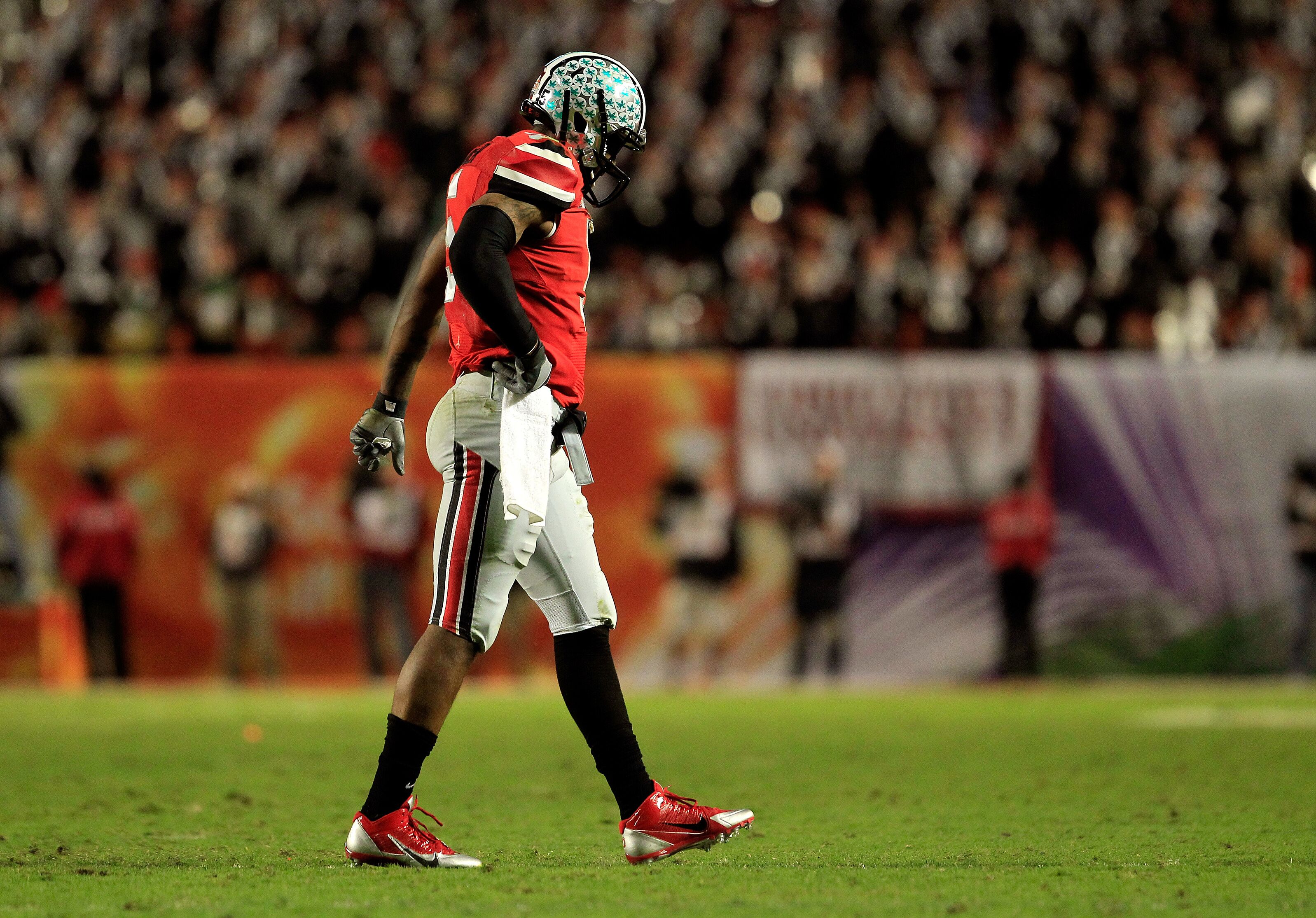 MIAMI GARDENS, FL – JANUARY 03: Braxton Miller #5 of the Ohio State Buckeyes walks off the field after throwing an interception in the third quarter against the Clemson Tigers during the Discover Orange Bowl at Sun Life Stadium on January 3, 2014 in Miami Gardens, Florida. (Photo by Chris Trotman/Getty Images)

Five years ago Sunday, the Ohio State football team won the first-ever CFP National Championship Game over the Oregon Ducks. Now in 2020, where are the legendary quarterbacks of that team?

Monday night, the LSU Tigers — led by former Buckeye QB Joe Burrow — defeated the Clemson Tigers to win their first national championship since 2007 (against Ohio State). With that in mind, we take a glance back at the stars of the 2014 Ohio State national champions and where they are now, starting with the 3 quarterbacks.

As an attendee of the championship celebration in Ohio Stadium on Jan. 24, 2015, a memory that stands out is seeing these three game changers sitting on the stage, smiling widely and soaking in the euphoria that comes with winning a championship.

Each player has experienced a winding road after their playing careers, but each was on an NFL roster as of the 2019 pre-season. Even though Braxton Miller never took a snap for the 2014 Buckeyes, he is forever ingrained into the minds of Buckeyes fans so I’ll start with him.

For Miller, after spending the 2015 season as a wide receiver at Ohio State and putting up good numbers (601 yards from scrimmage, 4 TDs and one video game-like spin move against Virginia Tech), he was drafted 85th overall by the Houston Texans.

Miller spent two seasons with the Texans (2016-17) and piled up 261 receiving yards and 2 TDs over both years. Like Barrett and Jones, he bounced around a few practice squads but never took another snap in the NFL.

Now for the two starting quarterbacks in 2014.

Next: J.T. Barrett and Cardale Jones
Next1 of 2Prev post
Use your ← → (arrows) to browse
Load Comments
Event Tickets
Powered by StubHub
Top Stories